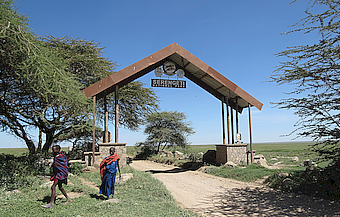 Our popular tours in the Serengeti are: 4 Days Lodge Safari, 6 Days Camping Safari 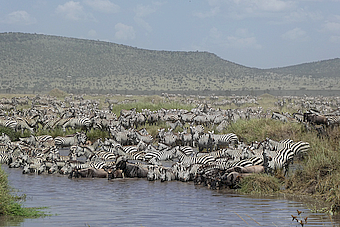 Serengeti, the epitome of the endless savannas of Africa. Countless animal reportages and not least because of father and son Grzimek with their book / film "The Serengeti shall not die" have contributed to this world renown. The name Serengeti comes from the Maasai  word  ”Siringeti”, which refers to an “Endless Plain”.

The Serengeti is Tanzania's oldest national park and the centre of the Serengeti Ecosystem. 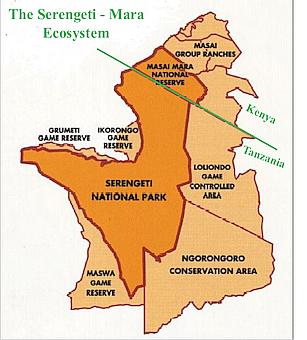 After the separation of the Ngorongoro Area to its own protection zone in 1959, the northern sector till the Kenyan border was added, whereby a connection to Masai Mara National Park was created.

The annual migration of about 1.5 million animals was thereby preserved. The park owes this uniqueness also the status as a UNESCO World Heritage Site. The annual migration to permanent water holes of vast herds of wildebeests, gazelles and zebras, followed by their predators, is one of the most impressive natural events in the world.

Together with the Loliondo Game Controlled Area and Ngorongoro Conservation Area adjacent to the east, and with the Maswa Game Reserve in the southwest and the Grumeti and Ikorongo Game Reserves in the northwest, the Serengeti ecosystem covers an area about the size of the Netherlands.

It is the combination of Serengeti National Park with its buffer zones that protects the largest single movement of wildlife on earth.

The Serengeti offers more than just an animal migration. Its colourful topography of Mountains, Rolling Hills, rivers and Plains provide year-round habitat for many of the Serengeti’s species.

The Serengeti would not be the same without the beautiful rock outcrops known as Kopjes (from the Dutch meaning “little Head”). 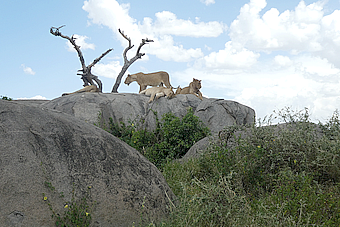 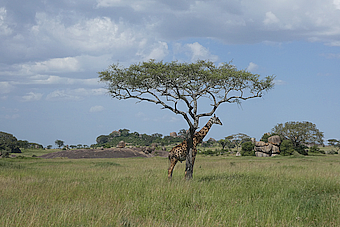 Technically known as inselbergs, the intriguing rounded shapes of these ancient granite rocks are the result of cracking and erosion from exposure to sun, wind and rain. They provide shelter and capture water for a wealth of wildlife and plants. In fact, without such environs, lions and other large animals would be unable to survive the dry season on the plains. The main groups of Kopjes are: Barafu, Gol, Wogakurya, Maasai, Loliondo, Simba and Moru kopjes in the Southern Plains are outstanding for their size and profusion of resident wildlife.

Hidden in the Moru Kopjes is the small Michael Grzimek Memorial Musem. It gives an insight into the Rhino Conservation Project. Around the corner you will find early Maasai rock painting. 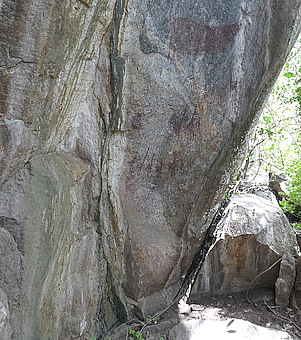 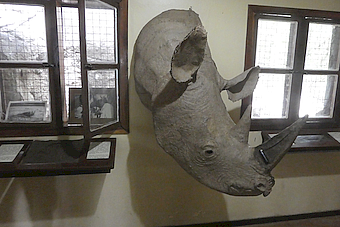 The heart of the Serengeti is the 1500 m high Senorera Valley. It is an important transition zone between the Southern Plains and the Northern Woodland. It provides a rich mosaic of habitats criss-crossed by the rivers, the most prominent of which is the Seronera River from which the area takes its name. Medium-length grasses and long-grass savannas with acacia trees dominate the vegetation here. Numerous ranges of hills and also bizarre Kopjes stand out from the landscape. It is possible to see many of the Serengeti’s resident wildlife. Including large prides of Lion and clans of spotted Hyena. At the confluence of the Seronera River with the Orangi River, one can observe splashing hippos in the Retima Hippo Pools. 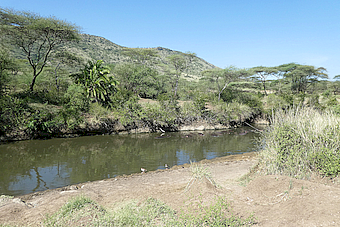 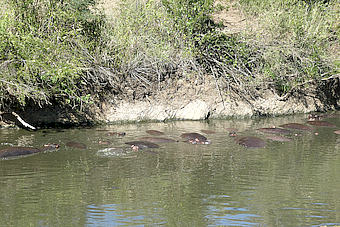 The Tourist Center at Seronera gives an insight into the flora and fauna and informs about the Serengeti ecosystem. 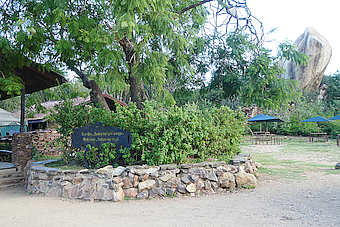 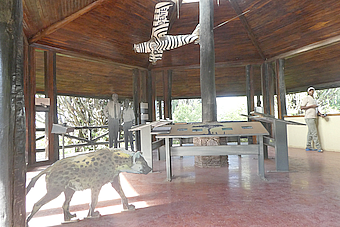 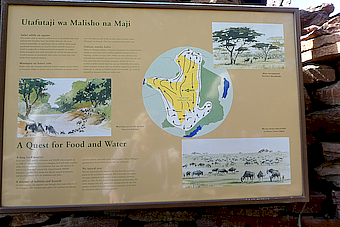 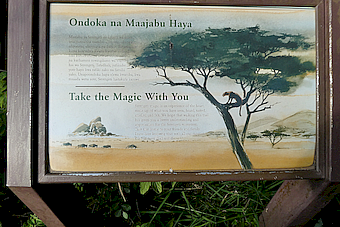